Board of Directors, Advisory Member, and the Founding Managing Member. 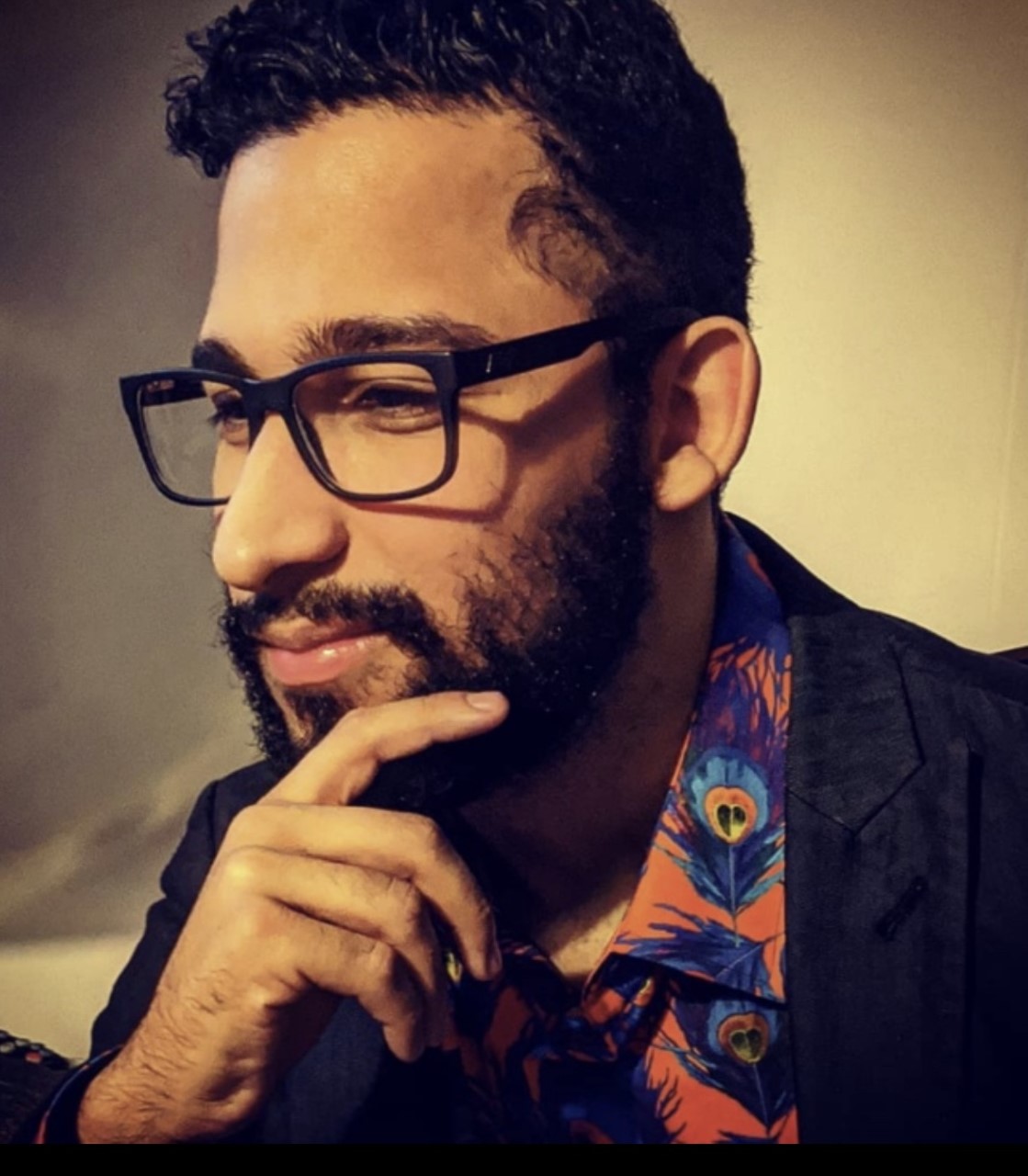 Anthony Cruz is a public theologian and trans-religious scholar. Originally from Puerto Rico, he earned a Master of Theological Studies degree from Andover Newton Seminary at Yale Divinity School. Cruz is completing his Master in Leadership and Humanist Studies degree from Meadville Lombard Theological School. He is a spiritual director through Still Harbor. Currently, he serves as Co-Chair at the Latinx Humanist Alliance. He is also a Humanist Celebrant through The Humanist Society.

He spent the first years of his career studying the intersections of ethics, constructive theologies, and decolonial thought to create spaces of renewed imagination and collective liberation. 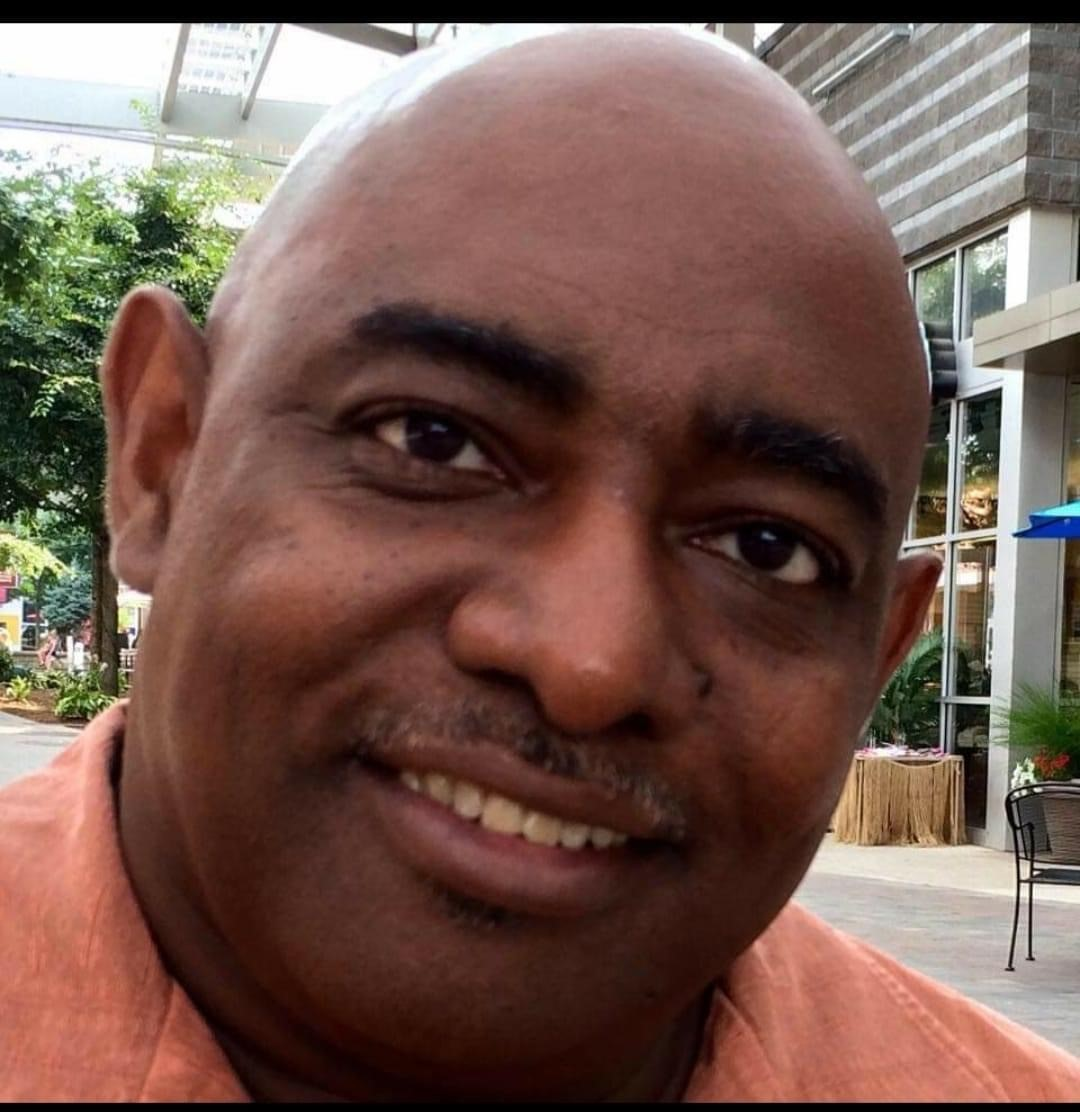 Kirk Byron Jones, DMin, PhD, husband, father and friend, serves Zion Baptist Church, Lynn, MA as senior pastor, and the wider world as preacher, professor, and author. He sees himself as a playful, joyful explorer who keeps on discovering, learning, and growing. 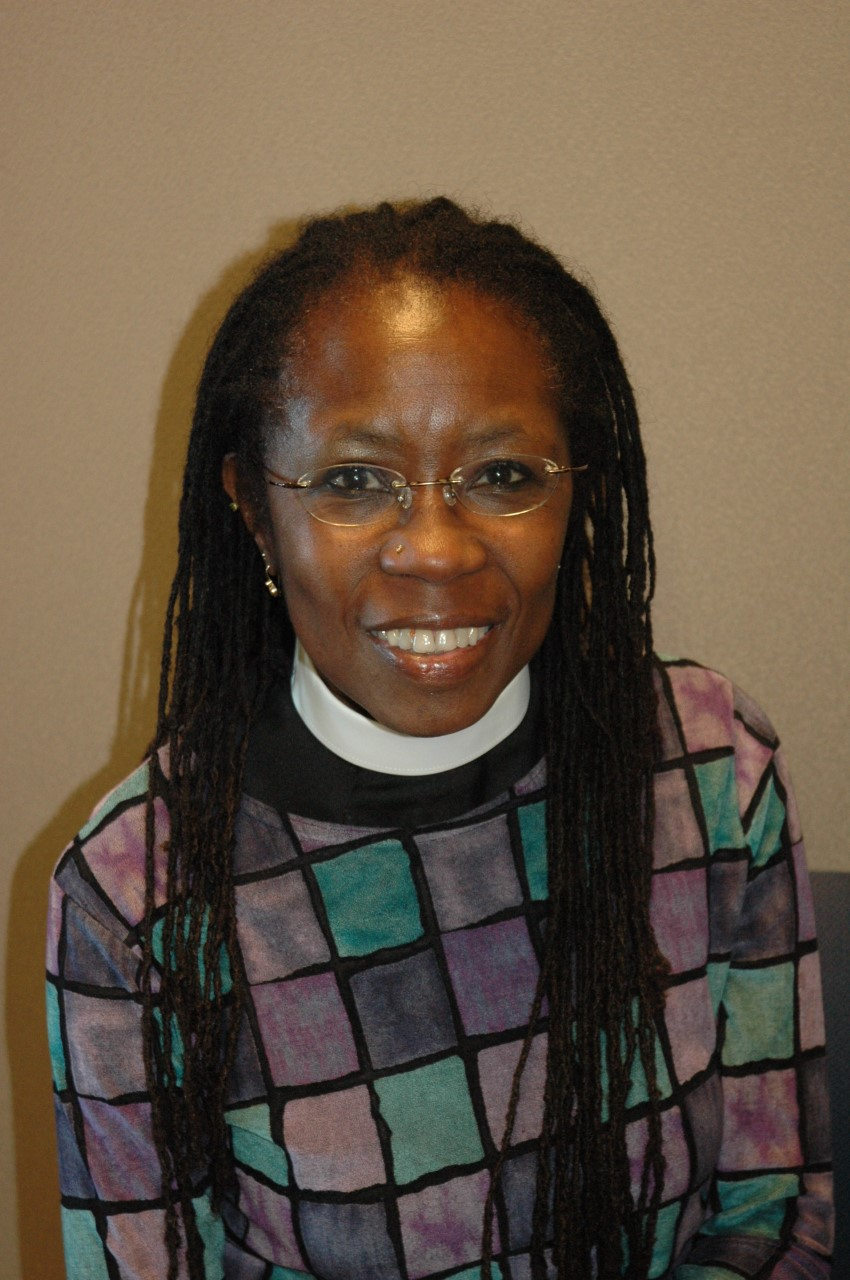 The Rev. Karen B. Montagno is an Episcopal priest and Canon Missioner, serving Christ Church Cathedral, Cincinnati.  She has been a spiritual director for over 10 years, and she is drawn to the intersection between spiritual direction and social justice.  Teaching at the seminary level has given her a love for working with groups, as well as individuals. Writing and offering meditations is one way she shares her spiritual experiences. The plants she grows are also an important part of her own spiritual life. 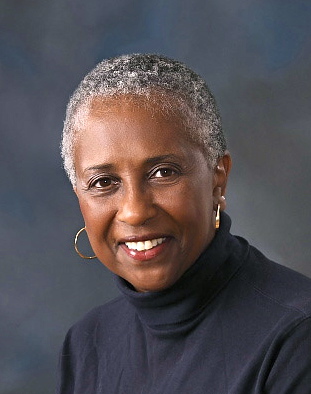 Rev. Dr. Paula Owens Parker is the senior program developer of Roots Matter LLC, a program which identifies ways to heal generational trauma in families and communities. She is the program associate for the Katie Geneva Cannon Center for Womanist Leadership at Union Presbyterian Seminary, in Richmond, Virginia.  Dr. Parker is co-leader of RAPHA: A Course in Contemplative Healing Prayer and a certified facilitator of Emotional Emancipation Circles with the Community Healing Network, New Haven, Connecticut. Dr. Parker is author of Roots Matter: Healing History, Honoring Heritage, Renewing Hope (2016).  She has contributed articles to The Christian Century and Interpretation: A Journal of Bible and Theology, and she co-authored the chapter “Internal Liberation” in Kaleidoscope: Broadening the Palette in the Art of Spiritual Direction (2019). 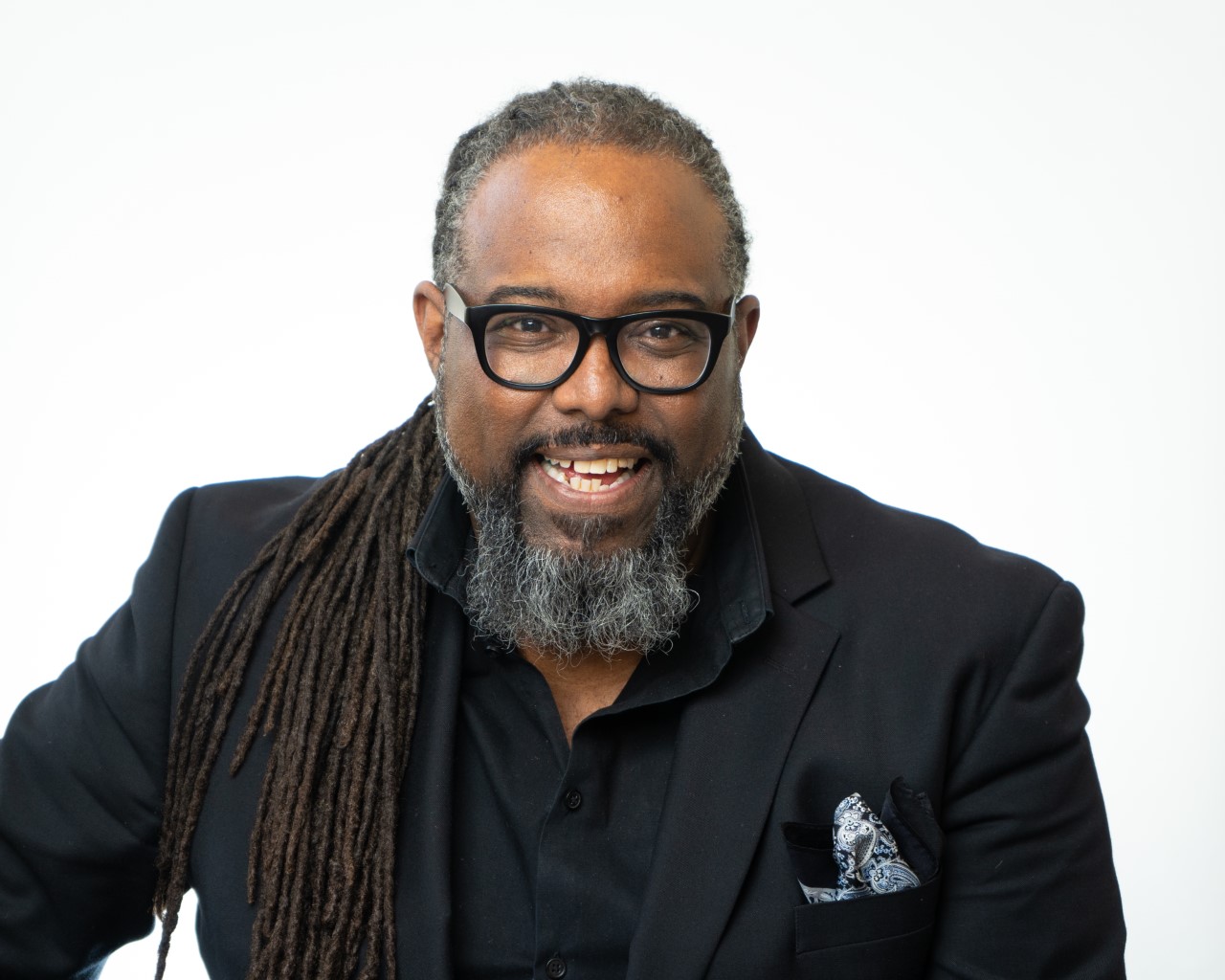 Eric Wilson serves as the Lead Teaching Pastor of University Church of Christ in Malibu, California. He previously served as an Associate Dean, as well as the Associate Chaplain, at Pepperdine University. Wilson is a certified Spiritual Director, Executive Coach, and a blogger of religious thought. He is an award-winning playwright and theatrical director. His work has been published and performed around the country including the John F. Kennedy Center in Washington DC. Eric is a spoken word artist with the 9 Beats Collective, an international group of musicians and thought leaders reimagining the teachings of Jesus for a new generation. Eric's work attempts to leverage contemplative practice, the arts, and soul care to foster Biblical justice in the world. Wilson's book, Faith: The First Seven Lessons was released Fall of 2016. 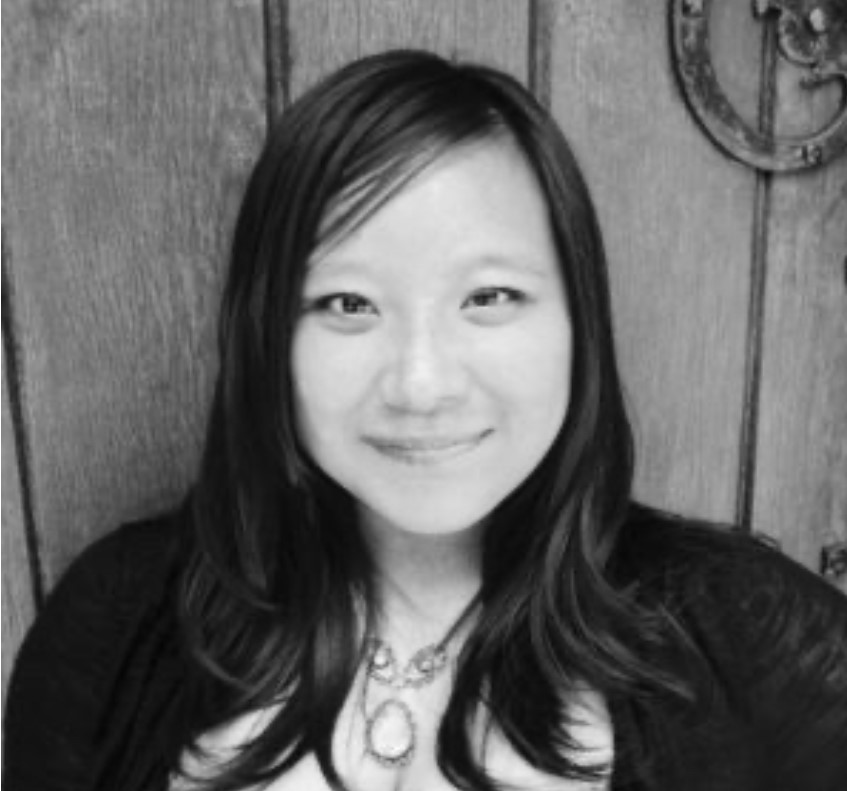 Naisa Wong is a spiritual director, certified trauma care specialist, and professional storyteller accompanying people in safe and creative spaces through seasons of lament, transition, discovery, and joy. For the past ten years, Naisa has developed an integrative soul care practice that supports individuals and communities in discovering and recovering their most authentic selves through creative and contemplative practices. Naisa is honored to hold teaching positions at several institutions within the Graduate Theological Union in the Bay Area, and she holds ongoing partnerships with Sojourners, Catholic Charities, and several other institutions and organizations engaging in contemplation, reconciliation, and social justice.  After a nearly 20 year career in the professional artistic sector, Naisa is proud to be a member of the Directors Guild of America for film and television, Stage Directors and Choreographers Associate for theatre, and the Literary Managers and Dramaturgs of the Americas. 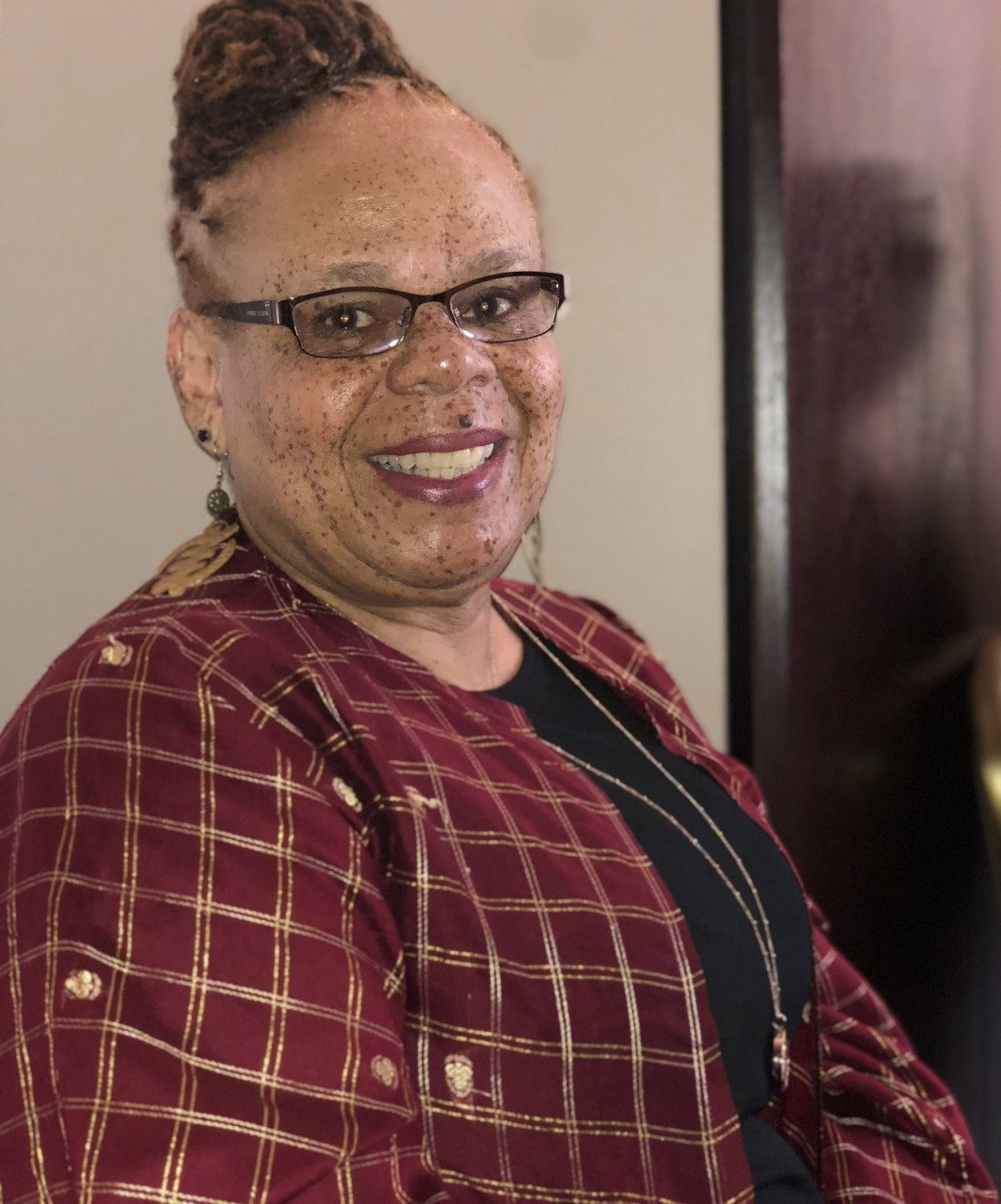 Therese Taylor-Stinson is retired Federal Senior Program Analyst, and she remains on the roster of the Federal Interagency Shared Neutrals Program as a lead mediator for Equal Employment Opportunity.  She is an ordained Deacon and Elder in the Presbyterian Church (USA), and a practicing spiritual director for over 15 years.  Therese is a graduate of the Shalem Institute and a member of the Shalem Society for Contemplative Leadership.  In 2015, she founded the Racial Awareness Festival in Washington DC, with strong support from National Capital Presbytery, PCUSA’s NEXT Church, the SDC Network, and others.  An author and editor, she has participated in the publication of three books from the SDC Network:  Embodied Spirits:  Stories of Spiritual Directors of Color; Ain't Gonna Let Nobody Turn Me Around:  Stories of Contemplation and Justice; and Kaleidoscope:  Broadening the Pallet in the Art of Spiritual Direction. Therese is also a certified Emotional Emancipation Circle Facilitator with the Community Healing Network, Inc., and the Association of Black Psychologists.  Read her chapter on “Internal Liberation” with Rev. Dr. Paula Owens Parker in Kaleidoscope.  In 2018, Therese won an Indie Author Legacy Award in the area of social awareness for her editing of Ain’t Gonna Let Nobody Turn Me Around, and she was named a “Collaborative Bridge Builder” by Grace and Race, Inc. 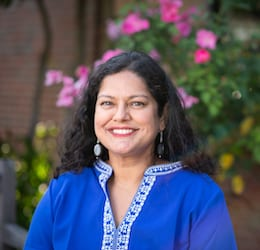 Preeta Banerjee, Ph D is a spiritual companion who draws on a broad and deep range of experience, having spent over 20 years in academia, coaching and consulting as an advocate, educator, researcher, and author. She is a strong voice for combining spirituality, creativity, innovation, entrepreneurship, and social change. Her passion lies in creating brave spaces at the intersection of contemplation, activism and healing, while deepening in spiritually fluid ways from a lens rooted in bhakti, gyan, karma, and raj yog. Her work includes being a founding board member of the North American Hindu Chaplains Association; Vice Chair of the Mystic Soul Project; and graduate student at Hartford Seminary. She has a Ph.D. in Strategic Management from the Wharton School and B.S. in Computational Biology and Business from Carnegie Mellon. 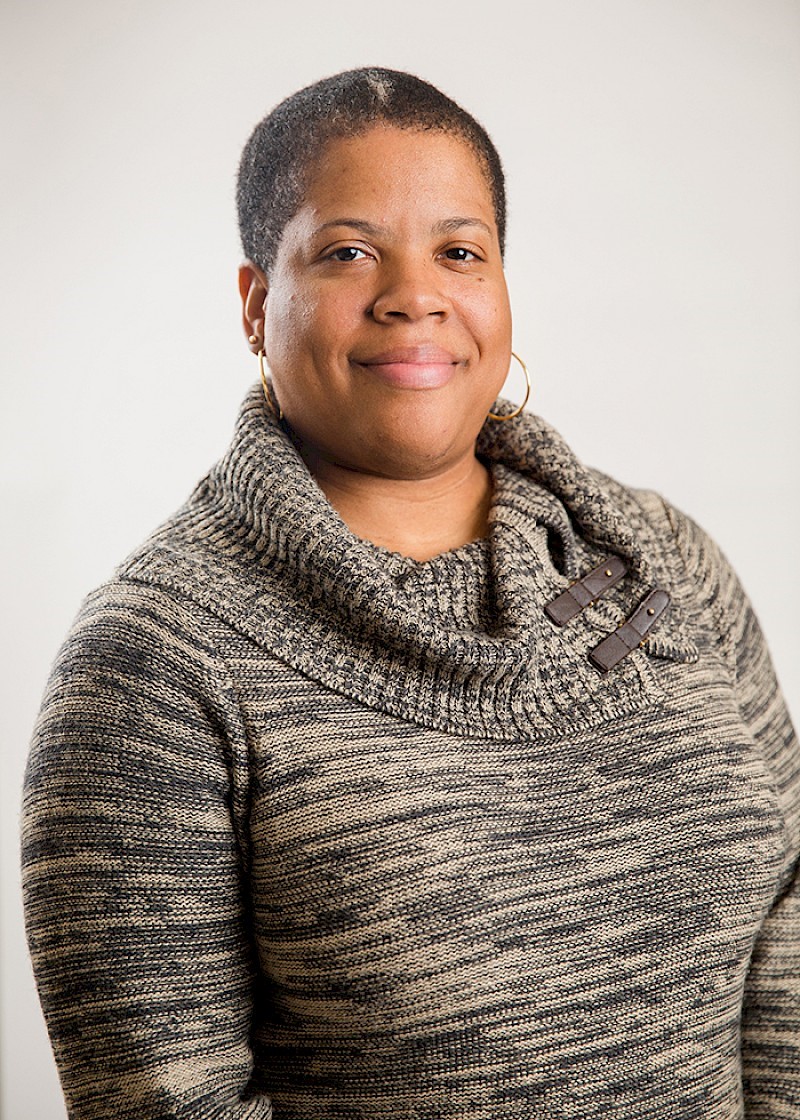 Tejai Beulah Ph. D., is currently an Assistant Professor of History, Ethics, and Black Church and African Diaspora Studies at Methodist Theological School in Ohio where she teaches courses in Church History and African American religious and ethical studies. Her research interests include African American religious intellectuals, gender and sexuality in U.S. history, African American music and social movements, and race/ethnicity studies. Outside of teaching, she is involved with The Poor Peoples Campaign, and several professional organizations. She is a student at Spiritual Guidance Training Institute in Chicago. She will earn her certificate in Interfaith/Interspiritual Direction (Guidance) in January of 2022. For fun, she enjoys music, ice cream, bookstores, and watching The Golden Girls and football. She resides in Columbus, Ohio with her Beloved. 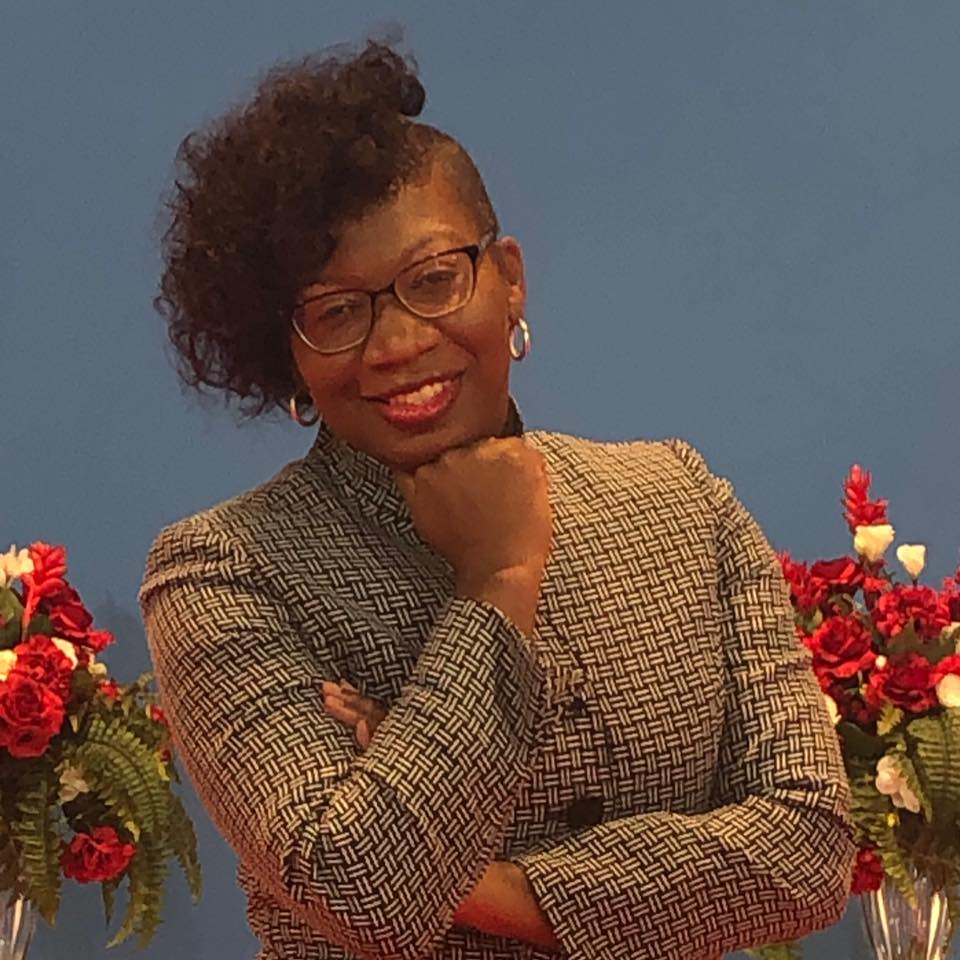 Position: The Rev. Dr. Perzavia Praylow is pastor of Fifteenth Street Presbyterian Church, (Washington, DC) an adjunct Professor of History at Bowie State University, social historian and a practical theologian. In addition to her pastoral leadership, in her scholarship she specializes in the history and theology of mission, congregational studies, church history, missional leadership and the history of racial and ecumenical movements for justice.

Board Service/Experience: Dr. Praylow’s Board leadership includes service on the following Boards: Mission Development Resource Committee (MDRC) of the Presbyterian Mission Agency; the Alumnae Council of Columbia Theological Seminary; the Advisory Team of NEXT Church and the Mayor’s Interfaith Council of Washington, D.C. She previously served as chairwoman of the Brookland Foundation of Brookland Baptist Church (Columbia, SC) and as a member of the Board of Directors of The Lucy Craft Laney Museum of African American History (Augusta, GA).

Church Community Service: Dr. Praylow is a minister of Word and Sacrament in the Presbyterian Church (USA) and a member of National Capital Presbytery. She previously served as the pastor of Calvary Presbyterian Church in Winnsboro, SC and an associate minister at Tabernacle Baptist Church (August, GA) and the Church of the Living God (Champaign, IL). She was also a chaplain resident at Palmetto Health Hospital in Columbia, SC.

Perzavia is a graduate of the University of Illinois (MA, PhD in History, MA in Education Policy), Columba Theological Seminary (MDIV) Lutheran Theological Southern Seminary, (STM, Master of Sacred Theology) of and Drew University (BA in History). She was a former history professor at Augusta University and other universities. Dr. Praylow also received a certificate in Spiritual Direction from Lutheran Theological Southern Seminary (Columbia, SC) and a certificate in leadership coaching from The Holmes Coaching Group. 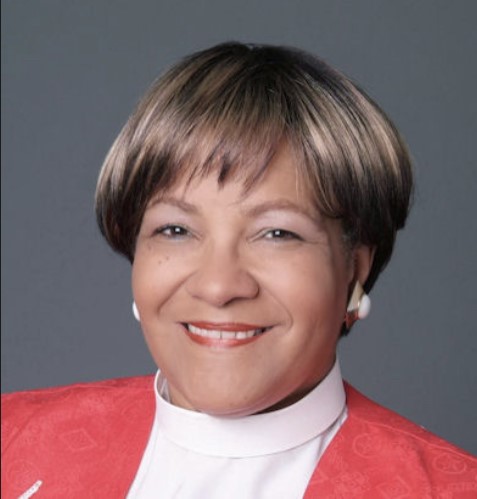 Pastor Renee is a native of Cincinnati, Ohio, reared by her paternal grandparents Fred and Katherine Wormack. It was their faith that laid the foundation for her spiritual journey and development. At the age of 8, Renee was baptized at Bethel Baptist and attended Sunday school, sang in the Junior Choir and the Bethel Wonders, and played piano for the Buds of Promise.

Renee’s professional life includes work for former Governor of Ohio, Richard Celeste as a policy analysis on women and children’s issues. In addition, she has been a lecturer/instructor in the fields of sociology, women’s studies and Black studies at the University of Cincinnati and the Ohio State University. These experiences led her to Boston to become the executive director of Social Justice of Women, a nonprofit advocacy group, providing innovative treatment for women in the criminal justice system. From 2002-2007, she held the position of regional field director for Prison Fellowship Ministries, making her a very busy bi-vocational minister. In March 2002, Renee received the Stanley Jones Clean Slate Award for aftercare services to men and women released from jail or prison. In December 2008, she received the Outstanding Community Service Award from Waymark Seventh Day Adventist Church for her work as a prisoner rights advocate.

While a student at Andover Newton Theological School, Renee received several grants and scholarships, including the Jonathan M. Daniels Fellowship from the Episcopal Divinity School, along with fellow student, Rev. June R. Cooper.

Her greatest passion, however, is “quilting”. In 2007, after learning quilting basics from an experienced quilter, she joined the only African American Quilt Guild in New England, Sisters in Stitches, Joined by the Cloth. She served as President of Sisters for 2 years.

In 2012, she became a member of the newly formed guild of “art quilters” – KUUMBA (Swahili for “creativity.)” In 2013, Renee formed Quilting Beyond Borders, a charitable trust to create and develop sustainable living for women in poverty in the Caribbean Islands. Each year she travels, along with a team of master quilters to Grenada, St. Lucia, Antigua or Trinidad to teach, train and mentor women in the art of quilting and other fiber and mixed media arts. She and other master quilters are the guests of Sisters of The Sorrowful Mother – a Catholic congregation of Franciscan Religious Sisters.

Her love of Christian theology and quilting has given rise to the creation of quilts that reflect spirituality and the arts. She is the author of the visual presentation, A Woman of the Cloth, which celebrates her spiritual life journey and the quilts created to highlight the joy and pain found in that experience. In addition, Renee created a trunk show entitled, Preachers, Prophets and Healers: Nineteenth-century African American Women Preachers. That work is based on her doctoral thesis, which highlights the role of women in religious traditions.

Her works in progress are a series of quilts of the Black Madonna and Child, the Four Apostles and quilts of biblical women. Her work can be found on her website: www.metamofosi.org and on www.QBBorders.com .