Racism Is a Spiritual Issue 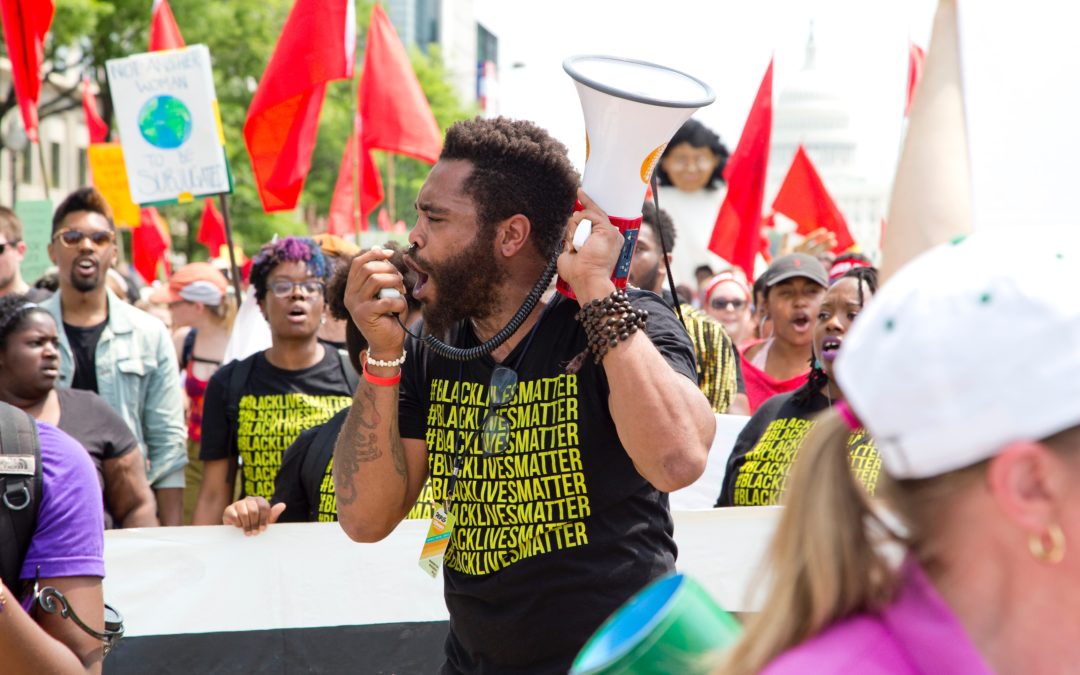 Racism Is a Spiritual Issue

The shooting of unarmed black men by law enforcement officers and lone vigilantes ambushing churches has exposed the lie of a "post-racial" America.  The polarization, the violence, and the controversies make it seem there is no turning from our human condition, but there is hope.

Albert Einstein said, "No problem can be solved from the same level of consciousness that created it."   That's why we are again confronted with the spiritual disease of racism in America, and we must continue to confront the evil of supremacy and racism that was embedded into the very Constitution of this nation.  The freedom expressed in that document was never meant for people of African descent nor tribal nations, and therefore any laws established against racism simply drive the problem underground, creating a shadow that casts its darkness over the country repeatedly whenever the intended purveyors feel threatened.  That is the systemic nature of an ideology that promotes the rights of one group over all others.

Psychologist, Carl Jung, wrote "Everyone carries a shadow, and the less it is embodied in the individual's conscious life, the blacker and denser it is."  Racism is America's shadow, and just like the shadows of individuals, America's shadow must be made conscious before it can be managed effectively.  Every time we create a law to address racism in our society, in our world, without exposing all of the insidious ways it throws shade over our universe, we simply cast that shadow deeper into systems.  Thus, awareness is key.  Racism is a spiritual issue, and becoming conscious of its broad casting shadow is not a soft solution.  It requires resolve and the willingness to confront parts of oneself--both good and bad--that have not been allowed to dwell in your consciousness.

White race scholar Robyn DiAngelo wrote the following about white supremacy in an article entitled "No, I Won’t Stop Saying “White Supremacy”" in Yes!Magazine on June 30, 2017:

...[W]hen race scholars use the term white supremacy, we do not use it the same way as mainstream culture does. Nor, do we use it to indicate majority-versus-minority relations. Power is not dependent on numbers but on position. We use the term to refer to a socio-political economic system of domination based on racial categories that benefit those defined and perceived as white. This system rests on the historical and current accumulation of structural power that privileges, centralizes, and elevates white people as a group.

These numbers are not a matter of “good people” versus “bad people.” They are a matter of power, control, and dominance by a racial group with a particular self-image, worldview, and set of interests in the position to disseminate that image and worldview and protect those interests across the entire society.

To uncover the systems of white supremacy, to acknowledge our culpability and complicity in it, to find safe space for dialog and healing, and to find a way forward is critical to our overcoming this spiritual darkness, we need a kind of racial awareness that exposes the lie and causes those of good will to examine their souls and to see racism as a spiritual issue, and that it is in order to change our world view, leading also to changed behavior.

This is not a sprint or a marathon.  It is a relay race that involves the human condition.  Therefore, it will probably take many lifetimes for humans to evolve into the interdependence we are supposed to be.  Our hope is that, though not at a pace we may desire, evolution and reformation are indeed in motion.  As spiritual directors of color, we can commit ourselves to changing the narrative by working toward our own emotional emancipation from the lie of black inferiority.  We can tell our own stories and sit with others to affirm their stories, and give validation to our collective trauma so that we can move from trauma to emotional freedom.  We can show the power of the Spirit in our own culture and traditions and rise as one community committed to conscious empowerment.

I end with this quote from Reinhold Niebuhr in his book The Irony of American History: