Silence and the Oppressed 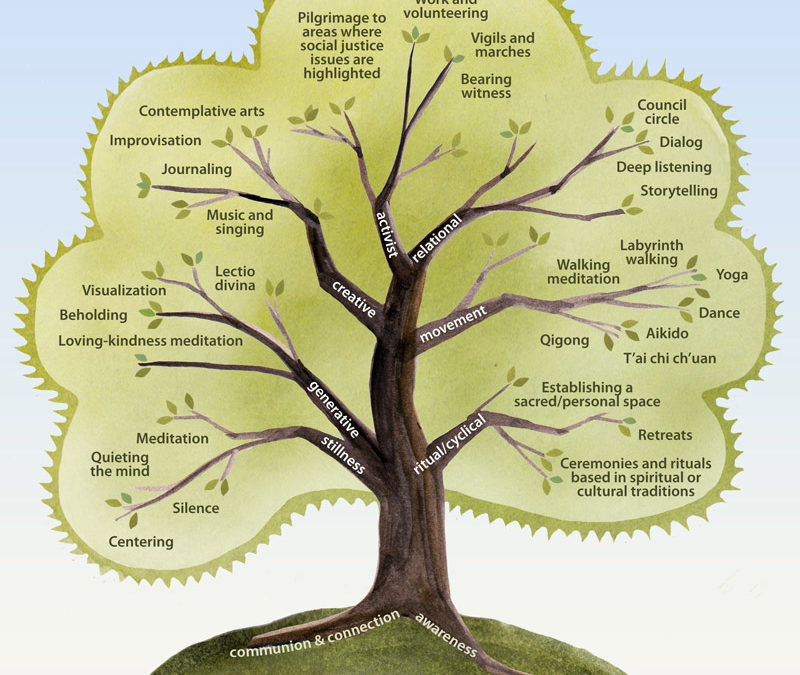 "This article was originally published in Next Church. The original article can be found here."

Each month, we post a series of blogs around a common topic. This month, Rev. Michael McNamara is curating a series that will explore the theme of Christian contemplative practice, which has been central to the formation and development of Christianity. We will learn from writers exploring spirituality from both the secular and the religious, embracing the paradox within that — a paradox essential to contemplative practice itself. How can this Christian or secular tradition impact today’s church? We invite you to join the conversation on Facebook and Twitter.

People of color have engaged in contemplation since the beginning of time, though the term used in a broad sense for spiritual practice is relatively new. The Desert Ammas and Abbas were people of color from the Middle East who fled to the deserts to escape the empire and are not only known as among the first contemplatives but also the first psychologists, as they tested the limits of their human condition in the desert. Contemplation is defined as deep, prolonged thoughtfulness. A contemplative, then, is one whose life is devoted primarily to prayerful pondering, and there are two broad forms of contemplative prayer — apophatic and kataphatic.

The Tree of Contemplative Practices

Apophatic prayer — noted as a higher form of communion with God by a 14th century anonymous monk called “the cloud” for his foundational book entitled The Cloud of Unknowing — is a willing surrender into mystery: that which cannot be fully known and is closer to the true nature of God. It means emptying the mind of words and ideas and simply resting in the presence of the unknown. Apophatic prayer has no content but is full of intention, such as with a practice called centering prayer.

Fourth century Roman Catholic Bishop Gregory of Nyssa wrote about “apophatic” ways of being. Gregory was born in Cappadocia (present day Turkey) and held his bishop’s dominion in Nyssa — both in the Middle East. So, Gregory was likely a brown person as well, whose central argument is that God as an infinite being cannot actually be comprehended by us finite humans. God is not a white dude with a long white beard who sits on a cloud and grants wishes, and wants your sports team to win. God is something transcendent and alien whose thoughts we cannot properly grasp or explain.

Kataphatic prayer, on the other hand, has content; it uses words, images, symbols, and ideas. Ignatian prayer, such as lectio divina, the daily examen, and the Ignatian process for discernment is mostly kataphatic. Other forms of kataphatic prayer may be writing, music, dance, and other art forms.

Medieval Spanish priest (now saint, as was Gregory) Ignatius of Loyola, a spiritual director, was a prominent figure in the Roman Catholic “counter-reformation,” during the same period or starting a little before the Protestant reformation. His most influential work was Spiritual Exercises, still used by many today. His prayer was “Soul of Christ, make me holy.” And he wrote of himself in Spiritual Exercises, “Without seeing any vision, he understood and knew many things, as well spiritual things as things of the faith.” So, Ignatius too knew apophatic ways of being with God, but his Spiritual Exercises was full of kataphatic prayer forms to assist in ushering oneself, as well as others, into the presence of mystery.

In both Gregory, whom begins with unknowing, and Ignatius, whom engages the mind, I see both an apophatic and kataphatic approach that leads to a fully embodied intention for the Holy. Gregory writes, “We know some things that God is not, but we are incapable of understanding what God is. However, we can observe God’s ‘energies’ projected into the material world by God’s creation of the universe and God’s grace or love entering it. It is just as in human works of art, where the mind can in a sense see the author in the ordered structure that is before it, inasmuch as he has left his artistry in his work. But notice that what we see here is merely the artistic skill that he has impressed in his work, not the substance of the craftsman. So too, when we consider the order of creation, we form an image not of the substance but of the wisdom of Him Who has done all things wisely.”

As an example of a practical application of Gregory’s apophatic theology, he argues that slavery and poverty are unethical. The idea is that humans have a unique value that requires respect, because they alone are made “in the image of” the unknowable and unworldly God. Poverty and slavery are inconsistent with the dignity and respect due the image of God in all people. *[Referenced from an anonymous source.]

So, that brings me to the pervasive idea among white contemplatives who dominate the ideas of modern-day contemplation that for the most part, African Americans and other people of color don’t practice contemplative prayer, which they view as predominantly silence. Silence certainly has its place, but as the writer of Ecclesiastes notes in chapter 3:1, everything has its time: “For everything there is a season, and a time for every matter under heaven.” One of the few recognized black mystics, Howard Thurman, wrote, “Do not be silent; there is no limit to the power that may be released through you.”

This is an idea the oppressed understand well. In their contemplation, there may be seasons for silence, but there are also seasons and reasons for shouting, dancing, expressive emotion, and even protest, ushering in the presence of God to guide and protect; leaning on that God for constant direction; releasing toxic emotions.

For example, the enslaved taken from Africa across the Middle Passage and brought into chattel slavery were silenced from the time of their capture and separation from all others whom spoke their language and shared their customs. To be silenced is to cause trauma. On the slave ships, they ushered in the presence of God and community through the “moan” — the name given it by the slaveholders. The enslaved became one in their suffering by joining together in their sighs and groans of pain too deep for words. Their separation and silencing continued when they reached land, were warehoused, and sold to slave masters, separated from their children, spouses, and other relatives. Again silenced, they found ways to communicate their suffering and garner support through music, dance, and shouting, as they secretly met in the hush hollows, the abandoned shacks in the woods, and suppressed their sounds by shouting into barrels or pots, and sharing in each others suffering by turning the day’s suffering into song that was joined in a call and response by the others present. They were silenced. Their narrative was not known, but God knew, along with those gathered with them in subversion.

Albert Rabateau tells a story in his book Slave Religion through a third person about the silencing of the enslaved and their knowledge and faith in a Supreme Being. The observer notes how, though the enslaved could not read, they had ways of knowing God, and when they were finally introduced to the Bible, they already knew who God was! The observer also notes that some of the enslaved believed the Bible should not be read until after one has gained that inward knowing.

The oppressed around the world — mostly people of color — have been silenced from control of their own narratives, while the dominate culture dictates a narrative to be both disseminated to the world and absorbed by the oppressed that centers whiteness and devalues the lives and culture of people of color across the globe, leaving them silenced, oppressed, and struggling to know and to value their own heritage.